Hidden heartache – The impact of drink driving on families 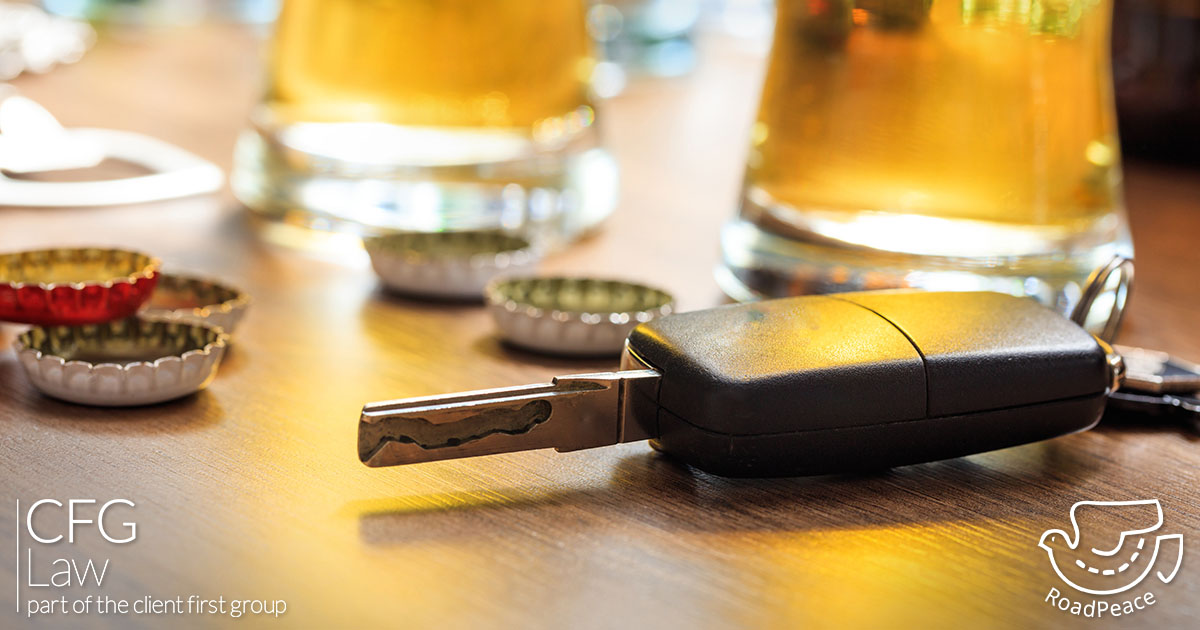 We’ve just put up the Christmas tree in our house. The kids are excited, so are we. For most people, this is a fantastic family time of year.

But sadly, not for everyone. It’s been heart-breaking in the past month to meet three families whose lives have all been turned upside down by drink driving.

Christmas for them will be the first without a loved one or, in one case, coming to terms with serious injuries to their teenage son. Injuries he’ll have to live with for the rest of his life, although obviously we’ll work to ensure he gets the best possible outcome from his rehabilitation and future care.

All of the incidents which caused the injuries or the fatalities were completely avoidable. All of them were drink-related.

And that’s especially poignant at this time of the year, when drink driving is usually at its highest. Even with the pubs shut in some parts of the country, people everywhere will still be having a drink.

Some will drive home that same night, despite the effect the alcohol could have on their ability to do so safely. Just as importantly, some will jump into the car the next morning after several drinks the night before. They too will have impaired judgement and, in some cases, will still be over the legal limit.

It’s not just drink driving. ROSPA has also flagged the dangers of driving at night in the past few days, another cause of death and serious injury at this time of year.

But, at this time of year as much as any other, as we all see out a challenging 2020 and see in the festive season with more than a few drinks in the coming weeks, please remember those who’ve lost loved ones or been seriously injured before you pick up the car keys.

They include one family who lost a loved one to a defendant who wasn’t just over the limit but was also driving a car with faulty brakes. They’ll never know why he did it but they’ll always know the pain of losing someone they loved.

And for them, although the driver pleaded guilty and was sentenced, the focus of the criminal process was always on his actions. It was only when the families’ victim impact statements were read out that their voice could be heard.

Even then, the sentence did not – could not – reflect what he’d done. How do you replace someone you love? And that left them and me feeling utterly powerless. Justice can’t be done in cases like this.

Or in another case where we’re helping a devastated family. In this one, the driver fled the scene. They’d been driving while intoxicated, without any insurance or even a driving licence. This family will also never know why.

Yet again, any sentencing can’t replace what the family has lost. Ever. And whatever happens, they’re still left trying to make sense of why someone would risk such horrific consequences, as we try and support them through a horrible time.

And then, sadly, we come to the third family and a young man with his life ahead of him who was left in a coma with a serious, life-changing brain injury and other injuries – caused by a driver under the influence and speeding.

Once again, it’s such a senseless action without any thought of the consequences. But an action which will have very real consequences for the young man and his family as he begins the process of treatment and rehabilitation, with our support.

There will always be those who think ‘it won’t happen to me’ but it simply isn’t the case. The minute you pick up the car keys – on your way home from a few drinks or the morning after when you’ve had a few the night before – you’re as much at risk of a crash as the next drink driver.

And that crash could end lives or change them forever – for those you hit and their families.

We see too many families whose heartbreak has been caused by drink driving. Please don’t risk being the cause of the next one.

I’ll leave the final word on this to one our charity partners at CFG, Roadpeace, who also see the devastating consequences of drink driving all to regularly.

“Unfortunately at RoadPeace, we see every day the devastation that drink driving causes. Of course drivers should not get behind a wheel after they have been drinking. It’s important to have awareness campaigns conducted by safety organisations, police and government.

“But drink drive casualties have stayed at more or less the same level since 2009. And in 2018, there were 8,680 people reported killed or seriously injured in drink-drive casualties. Awareness of the problem is not enough to change behaviour, and traffic police enforcement is required to tackle the problem.

“Traffic police numbers have been disproportionately cut since 2010, and this has no doubt contributed to continuation of drink driving.”

This case study is an example of a difficult Criminal Injuries Compensation Authority claim, where we have successfully appealed the CICA decision following two rejections.

A simple guide to serious injury: the real value of claiming compensation

This eBook will take you through the benefits of making a claim, including what you can expect and what compensation can be claimed, as well as how a claim works and the cost of making one. There are also some useful questions to ask when deciding on a solicitor to represent you in claiming compensation.

Need advice? Fill in your details and arrange a call