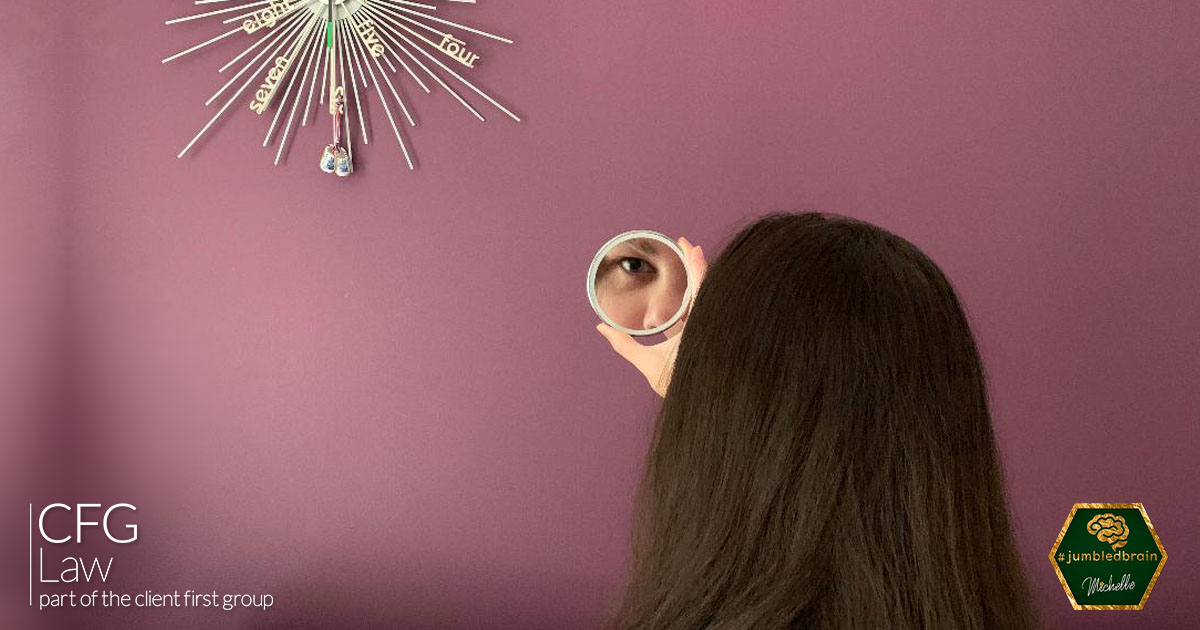 Brain injury is often referred to as an invisible illness or disability because a stranger wouldn't necessarily know just by looking at you that something was wrong. However, those who do know us from before the injury will see some subtle visual changes. I'm not talking about the mobility issues that we might have; this is much more understated.

"Eyes are the window to the soul."

I quickly saw a difference in my face as I barely recognised the person looking back at me in the mirror once the hospital sent me home after my car accident. The only way I could describe what I saw was "dead fish eyes". There was no life in them; the sparkle had gone. Everyone who I said it to just said I appeared a bit vacant but didn't really see what I was talking about. I still think this was their way of being polite, or maybe they thought I was making a mountain of a molehill. That vacant look was the best indicator that something was wrong. I had a lack of proper insight and understanding of what I was experiencing, and my speed of processing had slowed to a snail's pace.

I already had a couple of greys lurking in my dark brown hair, but after my car accident, some of the black hairs in my eyebrows turned white. I don't know how quickly this happened, so it doesn't mean it was from the shock of the accident. A brain injury often leaves the survivor highly anxious, which can cause chronic stress, and this can lead to early ageing of the skin and hair.

Like many other brain injury survivors, I piled on the pounds. This was partially due to inactivity, where I was home and too exhausted to do much. Also, I developed hypothyroidism which made my metabolism drop. But the real kicker was the depression. I was comfort eating and didn't care what I was doing to myself. Yes, that's right, I admit I let myself go. Caring about myself just felt like vanity, and with the situation I found myself in, that didn't feel important anymore.

I stopped wearing makeup and shaping my eyebrows. As part of my career was in the cosmetics industry, this was out of character for me. But it could also be how someone wears their hair, or for men, it could be their facial hair looks less cared for. These things may not even be to do with a lack of effort. For me, it was that I couldn't draw the perfect liquid eyeliner anymore because I'd lost my coordination, and my sight wasn't good enough. I'd developed double vision, so when I did try, I only made it worse.

I'm sure there are many other subtle visual indicators following a brain injury, but these are the ones that someone can see without you needing to say or do anything. Even if we try to mask our confusion, memory issues, speech and hearing problems, they will see these. Of course, these don't make it crystal clear that you are injured so I'm not suggesting that people should immediately be more understanding. But if they know you and see these differences, they should at least show you kindness, especially seeing as these can also be common signs of mental illness. They may not understand what is wrong, but when you see someone falling apart under the pressure of work or life, we naturally offer them support in whatever way we can. So surely, we deserve the same compassion.

Often people are worried about saying the wrong thing or opening a can of worms that they can't deal with. This is what I believe drives their silence, rather than the fact that a brain injury is "invisible". I implore you to seek out that person who just appears a little different than they did before, start a conversation, and just ask the question "Is there anything that you need that I can help you with?" The answer won't necessarily be yes, but they will know that you see and have noticed them and you care.