How simple things can be difficult even for a high functioning brain injury survivor. 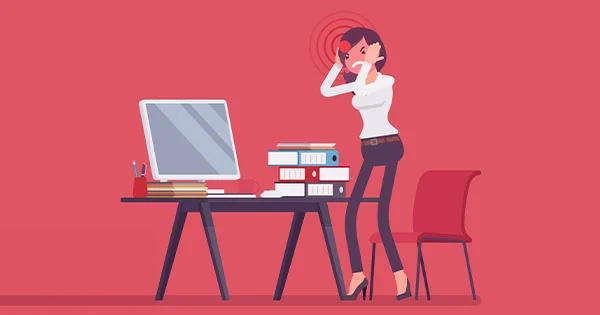 As a high functioning brain injury survivor, it’s easy to underestimate how sometimes a seemingly simple task can become a problem for me. Even I, let alone others, can be taken aback by how something that usually I can do without much thought can be so challenging for me on another. Recently, I was witnessing signatures on someone's power of attorney paperwork. That means I was just signing to confirm that I had just seen the person who was named to be power of attorney, and the individual who was the subject of the agreement, sign the paperwork. It needed me to enter my name and address as well. Pretty straightforward, right? I have always had the same name, seeing as I’ve never married, so that’s easy for me to remember. And I’ve had the same address for a number of years now, so that shouldn’t be a problem either. I mean, I often have to fill in forms with my address, especially because I order things online and need to confirm where they need to send them to, so I know I can write my address.

On this particular day, I hadn’t had much sleep. The night before I just couldn’t get to sleep. I can’t remember if it was the recurring neck ache I have, the constant pain in my left leg or just my brain refusing to shut up that had kept me up. Either way, it meant I was pretty tired when we arrived at the home of the people we were visiting that day. After the usual pleasantries and a cup of tea, they got the paperwork out ready to be signed. I watched both parties sign, and as there were two people who wanted to set up their powers of attorney there were several pages to be signed.

When a simple task becomes anything but...

Then it was my turn. No big deal. Just name, address and my signature in four different places. Sheet number one, I saw it asked for FULL NAME. I thought about this for a moment and decided that to have used the word “full”, rather than just “name”, it must need my middle name as well. Having silently concluded this debate with myself I started to print my name. M-I-C.... Oh no, I couldn’t think what came next! No one seemed to have noticed that I was taking a long time to do this as they were chatting amongst themselves. Good, ok concentrate. H-E-L.... Yes, that looks right. Come on, you’re always telling people that it’s double L! L-E... Then I when through a similar scenario with my middle name, but I didn’t give myself such a hard time for that because I rarely use it. It’s not difficult to spell, but if my first name wasn’t as second nature as it is usually is, then surely it could only be expected that the one I hardly ever use would take some extra thought.

Once I’d completed my name, next up was my address. First, I should explain that the road I live on has a slightly odd name with repetitive letters. Let’s say it’s “Bennett Drive”. And yet, as I was writing it, I found myself doubting the double T that it ends with, so just wrote “Bennet Drive”. Again, I didn’t explain to anyone how I was having a moment, even though my live-in partner was with me and could have easily reminded me how to spell it. I just didn’t want anyone to think I was thick; I mean it’s just my name and address for goodness' sake! However, after I’d finished with sheet one, I managed to scrape through the next three, each time misspelling my address the same way, not that anyone noticed.

The moment that I get found out...

Thankful that that job was done we all had lunch and I promptly forgot all about it. Later, one of the people this was for was checking through to make sure that everything had been completed, when they notice something I had done. Only on the first sheet had I used my middle name. Worried that when the office received the paperwork, they might send it back, questioning which version of my name was right, I needed to try to jam in my middle name to the other 3 sheets.  Everyone debated if making the addition was the right thing to do as the clear alteration may be more cause for alarm than leaving it as it was. I mean, both versions are my name, and it would take someone with an eagle eye to spot the difference, whereas the name shoehorned in between my first and last name does stand out more. But I did it, all the while apologising for creating such a fuss.

On the way home, I finally decided to tell my partner, James, how I had realised straight away when I completed the first sheet that I was struggling. Just as I openly questioned why I hadn’t said anything, I remembered how I’d decided that our road was spelt “Bennet” and at that moment knew that was a mistake.  We were both surprised at how much I had struggled, and I wished I’d asked for help. My partner didn’t want to check over my work in front of others for fear of belittling me and so had hung back. As I didn’t express any problems, he had assumed that everything was ok. This was not his fault; it was 100% mine for being too proud to ask for help.

So, what have I learned from this? Stop being so proud and say when things are hard, even when they should be plain sailing. However, I know that’s easy for me to say now, but when I’m having a bad brain day it often doesn’t even cross my mind to mention it to anyone. I’m just going to have to try to make it a habit to express things, so it becomes automatic, whether I like it or not.