How stress can rob a brain injury survivor of their words 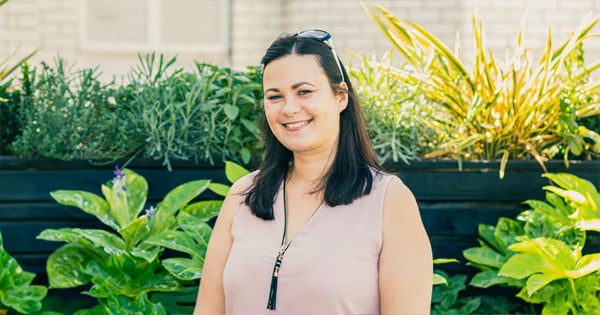 I think it’s fair to say that most people have had moments in their lives where there was something that they wanted to say but they couldn’t get the words out. Whether that’s the time you wanted to finally divulge to the love of your life your true feelings for them, or that time you were so angry you couldn’t talk because you were afraid you might later regret what you said. Well, this happens to brain injury survivors too, but probably more frequently than you realise.

Unsurprisingly, stress can put the brain and body under extra pressure and thus the ability to express ourselves is diminished. Unfortunately, stress can build surprisingly quickly, as even when you have done your best to reduce distress, things can still crop up that you couldn’t have planned for.

Recently, I met up with some old school friends and we were having a great afternoon catching up. We were having so much fun that we decided to go to go local pub where we could continue our girly chat. We all live hundreds of miles from each other, so we each drove in separate cars. I’d never been to the pub before so as we pulled in, I decided to park in the first available parking bay I could see (I hadn’t realised that there was another section with more spaces available, so I didn’t feel like I had much choice.)

I parked in the centre of the marked parking bay, but then when I was about to open my door, I realised that there wasn’t much room between me and the car parked on my driver’s side. Having decided I would need to open the door cautiously I proceeded to pull the interior handle. Even though I tried to give the door only a gentle push, it still went “clunk” on the side of the other cars passenger door. Instantly I felt really bad and after gingerly exiting my car I checked to see if I’d damaged theirs.

A man, who was the driver and stood on the other side of the car, said “Alright, just smash my door why don’t you!” I was a bit scared as I could hear his anger and immediately told him how sorry I was and it wasn’t intentional. “You could have been a bit more careful and parked further away” was his response. But I pointed out that his car was the one that was parked on the edge of the marked bay. I wanted him to know that actually I had tried to be careful, it was just unfortunate that I didn’t realise that the bay was no longer viable, and it was a tall order to exit the car without touching his. However, I didn’t manage to articulate it as well as that.

I told him that there was no damage and encouraged him to check for himself so that he could be satisfied. He did and agreed it was fine, and then (still in an angry tone) told me how he’d had a bad day having had to wait five hours for someone to come to fix his wheel. I empathised with his frustration and figured this was his way of explaining why he’d flown off the handle at me even before he’d seen that I hadn’t done him any harm. Again, I told him I was truly sorry for everything before walking inside the pub.

The exchange was over, but my stress wasn’t.

One of my friends had seen the last few moments of our exchange and asked if I was alright. As I tried to recount the event, the tears sprung out of my eyes. I was so upset because I had wanted the driver, and my friends, and any other witnesses, to know that I am a considerate person and had been worried about the potential for me to damage their car before I’d even tried to open the door and he started to have a go at me. But I couldn’t think how to say it. How do you say in an emotionally charged moment like that with a stranger who is annoyed at you, to give you a moment to collect yourself because you have a brain injury? I couldn’t say that without fear that he would start questioning my suitability to drive a car at all. And whilst this incident had nothing to do with my driving ability, as he’d been as quick to assume the worst of me, I didn’t want to give him any more ammunition. It’s possible that he would have backed off if I’d informed him of my disability, but I didn’t want to roll the dice with him.

The stress made the emotions come to the surface and they needed an escape.

It was those feelings of being misjudged that made me cry. Of course, this could have happened to anyone and probably does somewhere every day. However, it was my stunted ability to communicate that made it more challenging for me to handle. Yes, I wished I’d taken more time to find another spot with more space, and I realise that the noise of my door tapping his made it sound worse than it was. But that small error in judgement didn’t mean I deserved to feel like a criminal. I made a mistake, but I had been careful enough to then ensure that he didn’t suffer any lasting damage from it. Yet he spoke to me like I was a vandal.

Perhaps if I’d cried in front of him, he would have seen my vulnerabilities and taken on a different tone. But I hate crying in public as my inner critic tells me how weak I look when I do. By putting so much energy into trying to hold it together all I was able to get out was to say how genuinely sorry I was in response to each comment he said. I was like a broken record. I wasn’t able to show any of my character because no other words would come out, even though I wanted to say more to deescalate to situation.

My takeaway point from this is a simple one. If the brain injury survivor in your life is not opening up at times or keeps only saying the same things, consider finding a way to reduce their stress as they might have lots they want to say but can’t get it out. Whether that’s finding a quieter environment, changing your tone, or just parking the subject for a better time. Sometimes we can’t express ourselves, but if we see your compassion, it often will help us a lot.