The importance of sleep after a brain injury 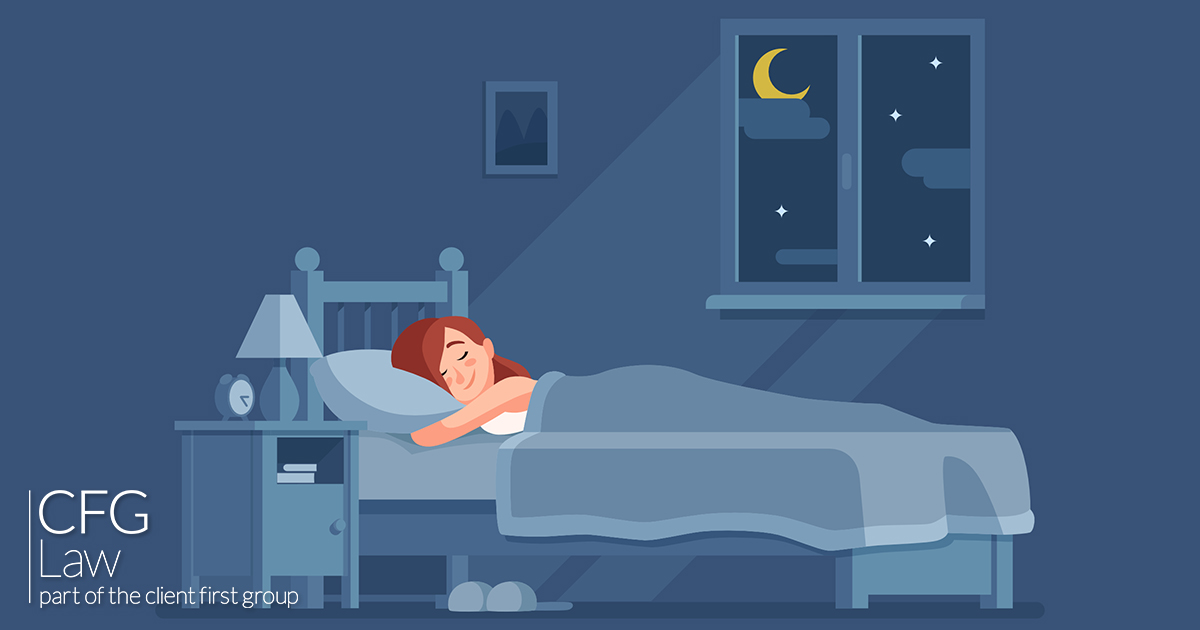 Everyone has at some point had a bad night's sleep and suffered for it the next day. Whether that’s been self-inflicted when we have been burning the candle at both ends, or that circumstances out of our control have made it virtually impossible to sleep, it makes no difference. That complete lack of energy and fuzzy feeling that makes you feel like facing the world is a million times harder than usual is something we can all relate to. So, I know you don’t need me to tell you that sleep is essential for your brain to function.

Therefore, it’s not a giant leap to ask you to stop and think about how important it is for someone who has suffered a brain injury. It’s widely recognised that during sleep is when the brain does some crucial chores – it takes out the rubbish (removes toxins) and calls in the maintenance man for repairs (strengthens important neural pathways). Yet often survivors find they struggle to sleep enough, or their sleep pattern is disturbed so they can’t sleep at the right time. This leads to brain injury survivors needing to top up regularly with extra naps. Whilst it might appear lazy to others that we go for naps during the day, believe me, we don’t live like this because we have a lack of motivation. We don’t really have a choice as it’s vital to our recovery process.

Here I’m going to outline for you exactly what happens to the brain when it doesn’t get enough sleep.

Decision making becomes unbearable - When we are fatigued, we can’t finish a task as easily as we can when we are well rested. This leads to a trade-off between how quickly or accurately it’s completed instead, which often means bad results. Thus, decisions can feel insurmountable. Even choosing what to have for dinner can become unachievable. Instead, more energy is wasted attempting to consider the pros and cons of each option, which just leaves you even more exhausted than when you started.

Conversation skills are stunted – Trying to follow different topics that crop up in a conversation takes up a lot of energy like a skier twisting down a slalom. When we haven’t had enough sleep, our thoughts become slower and clumsier. Rather than the nimble skier, we become more like a snow plough – just trying to get to the end destination is painstakingly slow as we are bulldozing our way through. All wit and charm are left at the door, and instead we can find ourselves grasping for even simple words, meaning the conversation just can’t flow normally.

Memory is impaired - A lack of sleep can lead to increased stress levels. The stress hormone cortisol is released, and if too much of this is delivered in a short space of time, it can shrink the temporal lobe. This region of the brain is vital for memory and therefore this function will be negatively impacted.

Dealing with emotions becomes harder and your mood suffers – We have all at some point felt that someone “got out the wrong side of bed”, when they seem crankier than usual. Well this is because the brains emotional centre, the amygdala, kicks in to keep us going. The amygdala is responsible for our “fight or flight response”, meaning we can appear more aggressive or nervous than usual. Basically, we move into survival mode. This also depletes our emotional intelligence, meaning we blow things out of proportion and everything feels like a bigger issue than it actually is.

Focusing becomes a struggle – The prefrontal cortex and thalamus both have decreased activity when we haven’t had enough sleep. Both these structures have been linked to alertness and attention. Plus, the prefrontal cortex also has a hand in other higher cognitive processes, leading to us zoning out and making errors which we wouldn’t usually.

Increase in impulsive and risky behaviour – Sleep deprivation can lead to increased activity in the ventromedial prefrontal region, whilst decreasing activity in the anterior insula. The former looks for positive outcomes and the later processes failures. In short, this means you have your rose-tinted glasses on when you’re gambling and even though you may be losing, you’re not as concerned about it as you should be. Or another way this can present itself is overeating, leading to weight gain.

All of these are areas that many brain injury survivors struggle with at the best of times. Thus, sleep is imperative just to be able to function at a reasonable level. We all know that practice, exercise and brain training are key when it comes to recovery, but these can only be achieved when the brain has had rest. So, fellow survivors, go forth and nap!