The ups and downs of social media for brain injury survivors. 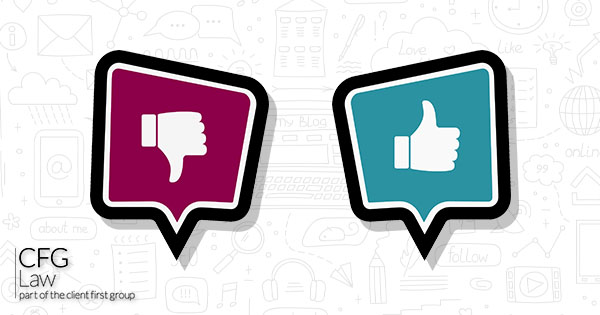 Social media has become such a big part of everyday life now, and it really comes into its own when we want to chat and share photos with people we can’t meet physically. For this reason, during the pandemic, it has been a lifeline for many. It’s not the same as being able to hug your mum or go for coffee with your bestie, but it does help keep you connected with those people. You can almost imagine the expression on their face when they typed their “update” because you know them so well. You might even pick up on when they’re being a little “tongue in cheek” with or without the emoji’s because you know their personality and how they talk so well.

Why brain injury survivors are drawn to social media

For brain injury survivors, however, things are a little more complicated. All too often, their real-life friends have drifted away, and they are looking for a way to fill the void at a time when they need friends the most. Furthermore, they are looking for people who can relate to what they are going through, maybe even give some suggestions on what has helped them. Quickly, relationships can be forged through this common ground, and yet they can be people who may not even be in the same country. Social media has this wonderful ability to make the world a much smaller place and make it possible for particular niche groups, such as brain injury survivors, to come together.

However, it does have its downfalls, and they are ever more present with brain injury survivors. Firstly, when we haven’t really met the people before, it can be difficult to appreciate the context of the “written word”. We can’t see their facial expressions or hear their tone of voice, which give us extra meaning to the words. This leaves us flailing to decide if someone is being completely serious, joking or maybe even sarcastic. Emojis can help give us more of a clue, but it’s still not entirely clear. If someone includes a laughing face, are they suggesting that the situation or sentence is funny, or are they laughing at the person it’s aimed at?

People do feel safer when they do not have to speak to someone face-to-face because they don’t have to deal with the consequences of their words while looking that person straight in the eye. That can almost invite some to be harsher with their online comments than they would be in a face to face conversation. If this is coming from another brain injury survivor who is still trying to rebuild their filter, this can be multiplied to something that can be quite cutting or tactless.

Recently, I posted on several platforms following my COVID vaccination, saying, “I’ve had my first COVID vaccine shot (dancing woman emoji, syringe emoji), and the majority of people were happy for me, replying with positive comments. Now, of course, I know not everyone is entirely comfortable with the vaccine, as in a minority of cases, there can be some complications. I do appreciate this and respect every individual’s decision on whether or not to go with it. However, one person didn’t extend me the same courtesy and replied, “I truly thought you were brilliant. (Crying emoji) Now not so much.” It’s difficult not to take this personally when they have made it so personal. They later explained what their opposition to the vaccine is, which I understand and thanked them for their input.

Now I suspect if we were talking in person, they would have opened with their objection to the vaccine, rather than just throwing a comment at me which could only be expected to, at best, have no impact on me, or worst, hurt me. It’s not like their expression could reverse my decision to have the vaccine, as that horse had already bolted from the stable. Therefore, nothing good could ever come from writing such a comment.

The problem is the brain injury community is a vulnerable one. Many of us are dealing with self-esteem and mental health issues. A “throwaway” comment like this can have a deeper effect on those who are feeling a little fragile. Suddenly, the people who have come together to support one another can have a bigger and longer-lasting negative impact on an individual than they realise.

When others can read your interactions, some comments might be made for the masses

There is another reason, I think the most likely reason, why that individual wanted to highlight their objection to me having my COVID vaccination. I suspect that because my post was getting attention, they saw it as a way to advertise their opinions to other people. They don’t appear to have many followers, so just writing a new post wouldn’t mean many people would see it. However, by replying to my post, which was getting attention, they gave themselves access to a bigger audience.

I’m not going to explain here what their grievance is with the vaccine, and I have since taken down the post to protect their identity as I don’t want people to bother this individual. The point I’m making is that whether the initial intention or not, this trolling quickly turned into something that wasn’t about me or my situation. They forgot that I was a real person who they had been unkind to, and it was just about them getting their message out and potentially persuading others to reconsider having the vaccine. Even when I said, “I hope you can just be happy that I’m happy”, they replied, “Your happiness is your thing. My happiness is my thing. I release all.” This further proved that they took no responsibility for the effects their actions might have had on me as a brain injury survivor who has been open about my struggles with mental health issues. Because this conversation was happening over social media, I had been completely dehumanised.

As a Facebook group admin, one of the most common complaints I get is about unwanted flirting (sorry guys, it’s predominately the men who do this). Some brain injury survivors have inappropriate behaviour and/or have a higher sex drive due to their injury. However, I think that in addition to these individuals who can’t help the impulses they have to do to this, there is another driver of this behaviour.

Some people think that to build relations with a new person, they need to compliment them. But when you know nothing about them, how can you? Usually, we compliment people on their talents, but that means you have to get to know them first to know what those are. Well, this is where they’ll check out your photos and tell you how attractive you are. It can be just that they are trying to say something nice to get a conversation started, but it can make the recipient question their intentions. It can give the impression that they want a romantic relationship rather than a platonic one, which for some people can make them anxious. Unfortunately, the person who paid the compliment may think that if they get a friendly response, that their new connection wants more of this, particularly when they said it with genuine intentions.

Social media encourages us to present the “best version” of ourselves, in the same way we do with our CV. We post our best photos, celebrate our achievements and experiences, and whilst we might occasionally say why we’ve had a bad day, we don’t often give a 360-degree view of ourselves or our lives. We tell people what we want them to know rather than the whole story. This can make us appear vainer than we actually are, and that we are asking for attention. Therefore, strangers might think these superficial compliments are just what we need to hear and the way to build quick relationships with us.

Even if a person doesn’t have many photos or readable updates on their profile, unfortunately, that still might not make strangers realise that this way of connecting isn’t the best. They may not know of any other way to start a conversation. It can be difficult to chat with a new person, and if no one has ever shown other ways of building relationships, you’re left with just falling back on the same method, even if it might not have been successful in the past. This can lead to survivors who were just trying to make new friends getting blocked as their intentions were misread. This, I think, is such a shame when it happens because these are people who are reaching out because they need to build their network of friends.

Of course, anyone who is receiving unwanted attention needs to be protected, so I’m not suggesting that anyone is to blame when they block someone. Rather, we need to help people, especially brain injury survivors, learn better ways of approaching new people and building relationships. That’s why in my Facebook group, Brain Injury & mental health support, I encourage newcomers to introduce themselves to the group. Often, that helps start meaningful conversations and helps members to get to know each other and see how they can help one another. This is just one simple step, and then it’s put to all of us to remember that there is a real person on the other side of that screen, who has real feelings.

More ideas on how to make new friends on social media

Social media is a great tool; we just need to be wise about how we choose to use it. I hope these tips help you make new connections safely.

What has using social media after a brain injury been like for you? Share your experience in the comments section below.