What a reduced processing speed means for a brain injury survivor 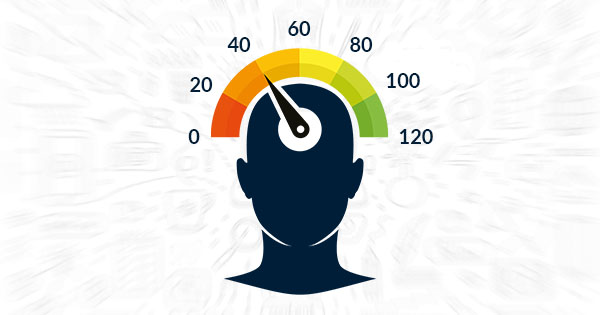 The modern world is obsessed with speed. We need the fasted broadband, faster cars (even though the national speed limit hasn’t increased since it was set in 1965), fast delivery, even fast food. This mentality has changed the way we live and, I think, has made us less patient by moving our expectations. We are still a nation who are good at queuing and waiting for our turn in things, but we have standards that we contemplate meeting to make it worth our while. Of course, usually, there is nothing wrong with setting a benchmark for such things, but it does put unwanted pressure on some brain injury survivors, such as myself.

The brain has to reroute the message.

When synapses in the brain are damaged, the brain tries to find other ways to send the instruction or message to the intended area by using different undamaged ones. The easiest way to describe this is to think of what happens when a motorway is closed. You can still get to your intended destination (in most cases), but going through towns and the countryside will invariably take you longer. You might use more fuel (petrol or electricity) as the journey might be longer and the town driving increases your rate of consumption. For a brain injury survivor, that means their processing speed is impacted, and the effort of processing anything is more tiring than it was before. When my speed of processing was at its worst, I didn’t even realise it. People said it was like talking to me with a satellite delay as I would take a moment even to look like I had received what they were saying. However, to me, it was like I answered them immediately.

How hurrying a brain injury survivor only compounds the problem.

I was fortunate in that most people did give me time to take it in and reply, but I know this isn’t the case for all brain injury survivors. Often people will go to check that you were listening by saying it again. That can be confusing. Think what happens when someone on TV tries to interview someone via satellite link and they don’t give enough time for the person to answer; they end up talking over each other and struggling ever to get the message out. It might not look like that to the average person, but that’s exactly what it’s like for the survivor. And worse still, it can make them feel like they’re being hurried, putting them under increased pressure. In my experience, pressure makes the situation even worse. Suddenly, I regress to being that learner driver sat at the traffic lights who is so worried about everyone behind her that instead of pulling away as the light turns green, she stalls the engine.

We still have the same level of intelligence; it is just that the brain is working in a different, less efficient way. I want to encourage everyone to show us patience and our response will come. We still have a lot to offer. Remember, good things come to those who wait.