Why all doctors need to be aware of brain injury, not just the neurology department. 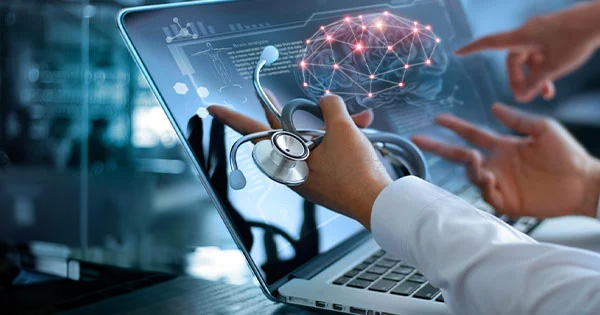 I’m always trying to raise awareness of what living with a brain injury actually looks like to try to increase understanding amongst the general population. Clearly, this is a huge task and it will be something that will most likely take generations to reach the masses. However, I’m always amazed each time I meet someone in the medical profession who still shows ignorance in this area.

The Optometrist who I got on well with, until that throw away comment…

Recently I when to an Optometrist for an eye test. No particular reason other than it had been more than 2 years since my last one. Previously I had been prescribed glasses with prisms in them but as they don’t correct my double vision, I don’t wear them. I’m one of the unfortunate few who has double vision even when I close one eye, meaning it’s not my eyes fault, it’s how my brain is interpreting the images. I should have brought them with me to the appointment to show the Optometrist as I was going somewhere different, but I forgot. Anyway, I explained all of this to her, plus how the double vision started after a car crash, and she examined my eyes. Long story short, my eyes aren’t perfect, but the prescription would be so small there’s no need for me to wear glasses. However, one thing she did notice was that one of my pupils is larger than the other. I asked what that means, and she said, “It’s sort of connected to migraines.” Now, I’ve never been entirely clear on how a patient knows they have a migraine rather than other painful and uncomfortable conditions, so I asked her to clarify for me. “Oh, believe me, you’d know if you’d had one” she replied.

Why as a brain injury survivor I don’t know if I’ve ever had a migraine.

Now, my problem with this response is I have had totally debilitating headaches, sensitivity to light, digestive issues, stiffness of the neck, slurred speech, difficulty understanding what people are saying and more, all at the same time. But I still don’t know if this is a migraine or just a number of my different problems teaming up on me for a group attack. No doctor has ever indicated that I do have migraines, so I was interested in what she saw in my pupil as I thought it might have made the situation clear (no pun intended.) I was in a car crash and have a brain injury, of course, I have experienced incredible pain that was truly overwhelming whilst being completely confused about everything. I didn’t even know what town I lived in! But, no, I don’t know if that can be classed as a migraine or not.

Instead of saying this, I felt shot down and just politely said, “Oh, OK then.” She went on to say, and she wasn’t trying to be funny, “You just have to keep an eye on it.” I didn’t even know what to say to that. I have no idea how I’m supposed to do that, so I told my partner, James, who had never noticed a difference in my pupils, and told him that he needs to let me know if anything changes. He has pretty bad eyes so I can only imagine that it’s a bit of a tall order really!

I understand that when you are seeing a specialist, they don’t want to tread on the toes of another department or start diagnosing something which doesn’t fit in their field. However, that doesn’t mean things should be swept under the carpet or just dismissed. This lady didn’t even ask me if I’d experienced any of the classic migraine symptoms, she just assumed that if I had to ask that must mean I can’t have had it. Is it just me, or is that crazy? It’s that way of thinking that leads to people living with undiagnosed conditions. The patient may have never heard of the condition and doesn’t know what symptoms to look out for, but that doesn’t change the fact that they are suffering from it. This is particularly worrying as I’m sure there’s still a large number of people who are living with a brain injury that hasn’t been diagnosed. But if we can’t even help with more common issues, it leaves me concerned that we’re not closing the gap for these individuals who desperately need medical support.