5 bits of advice from someone who’s been there, done it, forgotten it and done it again! 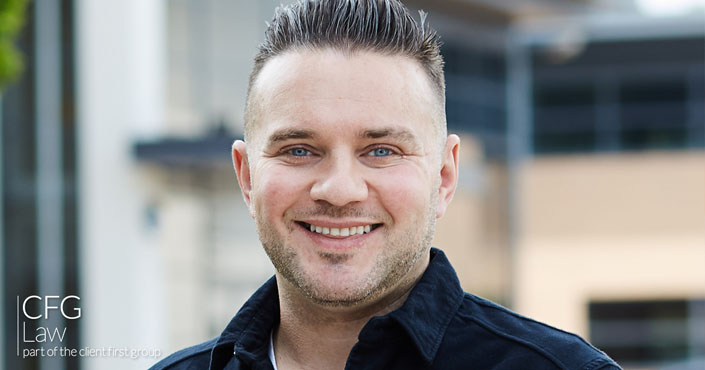 I don’t remember many details immediately after my brain injury back in 2007; I guess that tends to happen after you get hit so hard on the head that you’re unconscious for 16 days.

It’s honestly been such a weird thing to go through. People have done their best to understand you, but they can only really understand through the eyes of someone that doesn’t have an injured brain. I’ve tried to explain fatigue, and they will say they get tired, I’ve tried to explain my memory problems, and they tell you how their memory is really bad lately. It’s almost like they were trying to convince me there is nothing wrong with me! I’d tried to explain it was different but couldn’t because I didn’t even know myself. So much had changed and the thing that I needed to understand it (my brain) just wasn’t working!

There is so much I still don’t understand, but I have lived like this since 2007 and in that time I have learnt a lot, most of which I’ve forgotten but from the stuff I can remember, here are five things that I think are important:

Lower your expectations of what you can achieve. I still think I am in my early twenties and can sit and concentrate for hours. I have to accept that I am much older and that I now have a brain injury and can only concentrate for minutes on a good day! I think I can do lots of things in a day, but I can’t!! I think I can sit and work for four hours on a word processor then go out and exercise then watch a film… I can’t! It’s more like half an hour on the computer, REST, half an hour’s exercise, REST, then an early night!

I remember people saying that I could do anything I wanted. That’s a lie; you cannot do anything, but you can do more than you think you can you just have to do it differently.

This is a big one for me. My brain works much slower now and I have difficulty thinking on my feet, meaning if you take me by surprise, then I stutter and stammer and struggle to put a sentence together. I just can’t get my words out; in fact, I start about as well as the 1989 Ford Escort my parents had when I was a kid! Which, by the way, wasn’t great!

Life generally runs so much better when I’m prepared. Here’s a couple of examples for you: my morning runs are so much better if I have prepared the clothes I am going to wear the night before and folded them up at the end of my bed. Instead of waking up looking for clothes then ironing them, it is a far less stressful way to start the day to jump straight in the shower and get dressed.

If you’ve got a brain injury, you almost definitely have a memory problem; if you don’t, then you probably don’t have a brain injury! This means that your memory is not as reliable as it once was in recalling information, so use something that is instead, like pen and paper or your phone.

If you feel embarrassed about having to use a memory aid, remember this is an age where people shamelessly take a photo of themselves, attach rabbit ears and nose and post it on the internet for the world to see, so you really shouldn’t!

I hate phones, I think they are killing face to face conversation, but they are so useful, especially for anyone with a brain injury - I use my phone for everything! You will get to a point where it just becomes second nature to store something in your calendar the moment you hear it so if you store it properly you won’t forget anything again! (in theory!)

4) Get some structure in your life!

You need structure in your life! I had always had structure in my life I just didn’t realise until I no longer had any. Right from starting school, my time was always planned for me, meaning I always had to be somewhere at a certain time. If you already have a job then great, but if you’re like I was, i.e. you have no commitments and people just want you to rest and recover then you need to give yourself a reason to get up in the morning. I find doing nothing is really quite exhausting, having a blank week when I have nowhere to be is really quite a depressing thought to me now as it is an invitation to mental health problems in the future!

Having too much to do can also be exhausting, so it’s about finding that sweet spot, bearing in mind the right amount is probably less than you think. I found that having a brain injury took away any reason I had to get up in a morning. I really benefit from using a calendar and a diary, and I was taught to make myself a weekly planner. First, you put anything you have to attend like a medical appointment or solicitor’s appointment. Then you plan the rest of your week around that. Obviously, you can’t jump straight into having a full diary, so start small by giving yourself one or two daily tasks, one in the morning and one in the afternoon. Do something cognitive like a puzzle or an exercise from lumosity.com, then something physical like a 20-minute walk. Write one or two (or as many as you can manage) tasks on your planner, then tick them off upon completion, do it, it feels good! Go on, try it!

5) Look after your body

My favourite! I had a particularly nasty accident and a big part of why I am so well today is that I was very fit at the time. So fitness, mainly running and weightlifting is something I’ve tried to keep up.

Don’t fear gyms as some great people are working in the fitness industry and I’ve had a lot of guidance along the way, from Julie at BJ’s Gym in Scarborough to Maddy Hughes in Manchester. Cardio fitness (running, biking anything that makes the heartbeat faster) gives me more energy and mental clarity, whilst the weight loss and muscle toning from lifting weights give me more confidence.

What's your number 1 piece of advice for someone who has sustained a traumatic brain injury? Leave a comment below.