Back behind the wheel: Relearning to drive after a brain injury 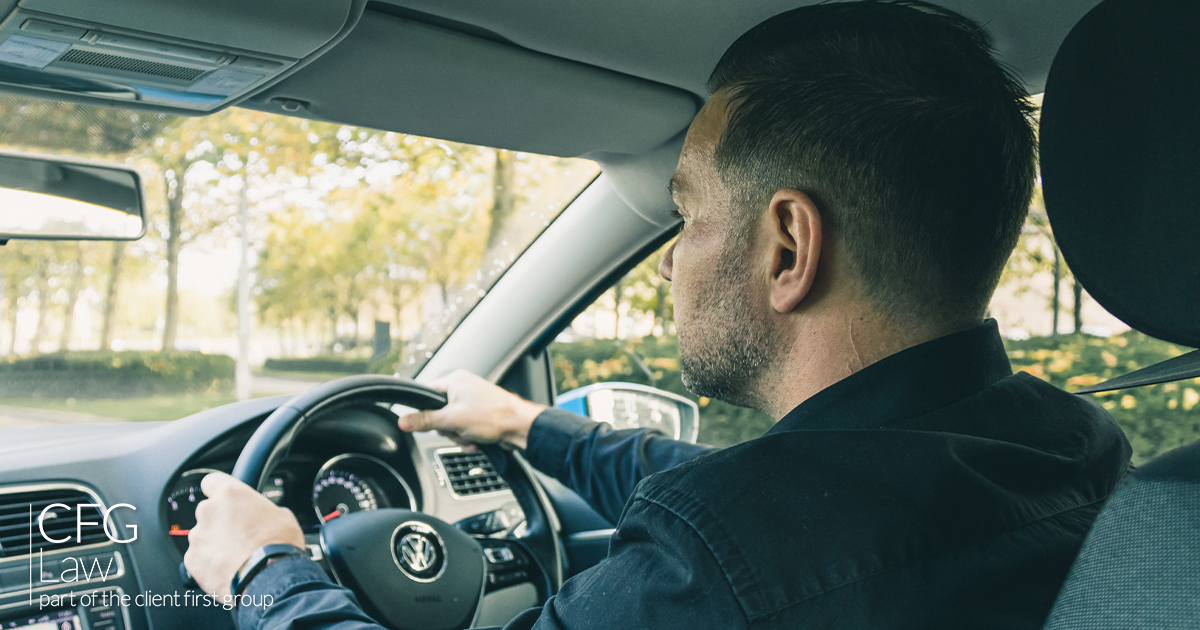 On 15th May 2007, I was hit by a car travelling at 50 mph in Manchester city centre. My brain bounced about inside my skull so violently it was bruised on all sides, I was knocked unconscious for 16 days, and when my eyes opened in the biggest daze imaginable, it was about two weeks until I spoke again. It was a further three weeks until I took my first steps, with the most terrible gait I would shuffle for very short distances. The combination of using my muscles that had been still for two weeks, as well as using my damaged brain to coordinate those muscles to walk across a room exhausted me so much that I needed to sleep for a few hours. In the unimaginable case that I managed to shuffle out of the hospital and into a car that I was insured on then I would have been perfectly legal to drive, I was never asked to surrender my licence!

Immediately after I was discharged from the hospital, it made sense to move back to live with my parents in Scarborough. I was recovering and driving was not something that I even thought about until I attended a Headway event about five years later where I watched a presentation from a driving assessment centre near Leeds. Still living in Scarborough, it was my goal to move back to Manchester and ever keen to progress my recovery, I immediately started having driving lessons, only it was with a regular instructor.

I really struggled with the lessons, though. After my head injury, I found that things in life that I didn’t even think about before became really quite difficult. This is part of the invisible disability that only those of us with a head injury can truly understand! My brain injury was so hard to explain to anyone with no prior knowledge that I often didn’t bother anymore, but I was really paranoid about people thinking I was thick. Traumatic Brain Injury (TBI) often doesn’t affect the person’s intelligence; it causes the brain to work at a much slower rate. If the banks of a river are narrowed, then it cannot handle the same volume of water flowing down it any longer, and it floods. After my TBI my brain couldn’t handle the same amount of information presented to it at one time, and it became overwhelmed. I found that I couldn’t multitask any longer, in fact multitasking is not doing two things at once, it is being able to divide your attention between two or more subjects at once, and I certainly can’t do that anymore.

To keep the river flowing freely, or to keep my brain functioning, then I can’t take on too much at one time, or I become easily overwhelmed. When I was driving, different scenarios were coming at me thick and fast. Every few seconds came a new challenge; How is my road position? Is my braking ok? How is my speed? Another road user sounds his horn BEEP! “Idiot!”... actually was that my fault or his? Am I in the right lane? There was a competition on the radio, “what year was the song ‘Boom Boom Boom’ by the Outhere Brothers released” I was in year seven so what year was that? The instructor asked if I’m going on holiday? Have I been to Morocco and what did I think? Overload!! My attention was getting pulled all over the place! Thinking for me now was very tiring, and I was thinking about so many different things in a short space of time that there was no wonder I came away from each lesson exhausted!

I still didn’t understand much about the effects of my TBI, nor did I know my limits, when to push myself and when to rest. But I have always been quite determined and I saw driving as a major step towards normality and being completely healed (yes, I still believed in that!). I continued with the lessons for several weeks. When I thought I was ready, I went for the assessment in Leeds. The assessment isn’t a driving test; they are not interested whether your hands are at ten to two on the wheel and not to cross your hands when turning. They are there to assess whether or not you are a competent driver and are safe to drive. I was in the left lane of a dual carriageway behind a slow-moving vehicle. I acknowledged this but was in no rush to overtake and was happy to sit there and waste as much time as I could. The assessor suggested to overtake; I didn’t even think - I was in fifth gear and dropped to third and pulled into the right lane. The assessor grabbed the wheel; there was a van approaching at speed in the overtaking lane. FAIL! The assessor suggested it, so I assumed it was safe, which of course was stupid. There was no respect for my own or my passenger’s safety; I wasn’t safe to drive.

I then learned of driving instructors specialising in tutoring people with a brain injury and started to look for such an instructor. We found one through the Headway website and when he arrived to take me for my first lesson, the first thing that he did was put me in an automatic car. I told him that I was fine changing gears because I did it without thinking about it. He explained that although it was subconscious, I was still thinking about it on some level. The TBI driving instructor didn’t make chitchat; he had the radio off and did whatever he could to minimise distractions in the car encouraging me to concentrate on driving only.

We have a finite amount of energy available to our brains. After a brain injury, this is reduced considerably as well as the energy used to think being increased significantly. Compare this to battery life on your phone. It is now more important than ever to use this energy wisely. Changing gears is like an app that runs in the background and even though you’re not conscious of it, it still drains your battery. A big part of living with a brain injury, especially if you have issues with fatigue like me, is learning to prioritise how you use your energy wisely. You have to close all unnecessary apps to make your battery last as long as possible.

I moved from Scarborough to Manchester, where I found another TBI specialised driving instructor. I continued to have lessons before taking the test here in an automatic car. I passed and I was delighted! I got my own automatic car. I stopped walking everywhere and drove at every opportunity I got. I even drove to my local shop which was about 20 metres from my flat! Over the following six months I gained about a stone in weight, but why is still a mystery to me?!

One of the best, if not THE best thing I did to improve my quality of life was to improve my concentration. You can improve your concentration by practising. My neuropsychologist used to set me exercises to do in my spare time. However, I was once a kid that always did my homework on the school bus and in my twenties at University, I often did all-night work sessions the night before a deadline, so I was never organised and rarely prepared. I am sure you can imagine how these great organisational skills affected my ability to do exercises in my own time now I had a brain injury!

Now that I had a brain injury, it was a skill I needed to learn. Just like physical exercise, it is much better to find a way of exercising that you enjoy making exercise easier - its best to find a way of concentrating that you enjoy. The first enjoyable way of concentrating that I found that worked was meditation. Meditation is basically concentration training where you practice keeping your mind blank until your attention drifts off, then doing it again - you will see the time you can meditate for increase. This worked during the meditation class I went to, I had big ideas about doing half an hour of meditation every morning, but I think that lasted two days! What I needed was a way to train my concentration that wasn’t a chore.

For me, after I passed my assessment, it was driving which I took so seriously. Every time I got behind the wheel I gave my full attention or at least as much as I could. After I passed, every time I got behind the wheel, I was doing a concentration exercise and just like meditation I found the time I could drive for increased. I went from doing a couple of concentration exercises in a week at first to doing at least one per day. I noticed improvements in other areas of my life. I was able to hold conversations better, watch TV for longer; it seemed as though my brain had been given an upgrade.

I only ever drove locally at first, but it soon became an ambition of mine to drive home to Scarborough one day. I am involved in a road safety scheme called Safe Drive Stay Alive, and I have heard many harrowing stories of what drivers falling asleep at the wheel can do. I made sure I gave myself every advantage that I could before I attempted it; after a good night’s sleep so I was fresh, had a good breakfast so I wasn’t hungry and I set off about 9:30 am after the rush hour traffic had died down. I programmed the satnav to take me to Scarborough and pre-planned three stops along the way, so I was never driving for more than 40 minutes at a time. I have now done this several times since.

I haven’t been cured and I still have a traumatic brain injury. To recover doesn’t mean the effects of your head injury disappear, it means that you rehabilitate, you’re aware of the disadvantages and learn to live with them. My attention span is still poor in comparison to what it once was and I still can’t follow a complicated film or read for two hours without a break. The difference is that I know this now! I am much more aware of my limits, so I don’t try to push beyond them, exhausting myself in the process.

Something that used to really annoy me in the early days (1-4 years post TBI) was being told that I could do anything I wanted to do as if my brain injury wasn’t even a hurdle. They were trying to instil a positive mindset but it wasn’t true. After a TBI you can’t do anything you want, but you will be surprised what you can achieve if you just do it differently