What is it like to live with a brain injury? 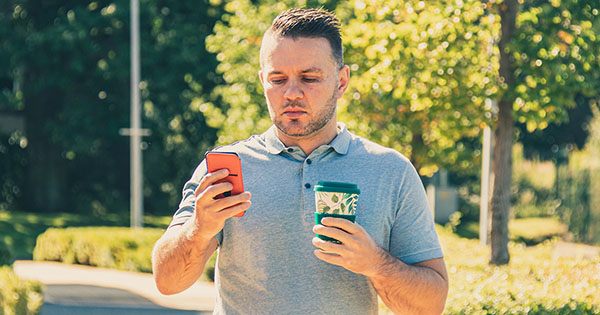 Writing the above title caused me to stare at a blank screen for a few minutes because the truth is, it’s been 12 years and I can’t remember what it’s like to live without one! Don’t take that as bad news but that I am totally at peace with it, I’ve pretty much accepted that I have a Traumatic Brain Injury (TBI) and it’s not something I think about. However, that hasn’t always been the case. It’s similar to grief in many ways because the person that you once were, exactly as you were, is lost. Like grief, it’s not something that you ever get over, but you get to a place of acceptance.

At first, you go through a phase of shock as everything is so different. The way you see, hear, smell, taste, touch and experience the world has changed. You then have to adjust to living in that different world. Change is easier to adjust to if it is one thing at a time, but the problem with TBI is that everything changes at once at a time you are less equipped to deal with change than you ever have been before.

Here is a good analogy for a TBI - think about your brain before the TBI as if it was represented by an office with all your memories. Thoughts and plans for the future are organised into files on corresponding shelves. The TBI is the office being hit by an earthquake - all the files spilling over the floor would only be a minor inconvenience if you could just pick up and rearrange everything. But it’s not that easy; you cannot pick up the files because now you are wearing boxing gloves. The boxing gloves mean that you are going to put some of the files back in their place successfully, but there are some that you will not. Learning to live with a TBI is learning to run that office without some of those files put back correctly.

There was a period of denial that I went through when I was looking for a miracle cure, searching in desperation for unattainable things like stem cell treatments, blood transfusions and anything I could find on Google. I couldn’t seem to accept the answer that nothing could be done, terrified that a doctor would just say ‘next’, pushing me aside as they made way for more important patients and I was sent home never to recover! The truth, however, is that I have been improving ever since day one. Improvements may get less dramatic with time, but I am 12 years post-injury and my life is still improving. The trick I have found is to keep my brain engaged but be careful not to overwhelm it! Just as you wouldn’t expect the battery from a smartphone from 2008 to last 12 hours if you continuously played music and had three apps running in the background, you shouldn’t expect your injured brain to cope with more than it can handle for longer than it is comfortable.

I think that a really good analogy for living with a brain injury is like downgrading to older technology - like going from Windows 10 to Windows 98 on your laptop or swapping your iPhone X for an iPhone 4. At first, you are shocked and angry about the lack of speed and clarity, but you learn to cope as it is essentially doing the same thing only it’s not as fast and the battery runs down much faster! You have to use it a little differently, you can’t expect too much of it, and just like buying a second-hand car, some functions may not work as well as they once did. In the case of a brain injury though, rather than being the air conditioning, immobiliser and heater that no longer work as well as they once did, it may be your vision, memory and speech.

My brain used to work a lot faster, I now see in double vision, I can only concentrate for short periods of time and I have to nap once or twice during the day. It seems that those are the things that I have been left with. I used to speak very quietly; I used to have a persistent cough; I used to stare at things blankly and walk with a terrible gait and slight limp. I never knew about any of these things so rectifying them was never a priority when I couldn’t walk or speak properly. They have been remedied through things like Speech and Language Therapy (SALT), or I have just rectified them myself as I have found out about them, like fine-tuning.

I said that my brain used to work a lot faster, that is true, but it also used to work a lot slower than it does now! The knowledge that it can cope with less means that I don’t try and multitask, but try to concentrate on one thing at a time. I do still see in double vision, some is corrected by the lenses in my glasses, but I just shut one eye to read and seeing things with a shadow is 100% normal now, in fact, I sometimes go months at a time without thinking about it. I do need to nap in the day, but so what! It has just become something that I do now.

You continue to get better and you simply deal with what is important to you at the time. So, what’s it like to live with a brain injury? I don’t know, what’s it like to live without one? It’s just normal life! At first, it’s difficult having lots of extra things to remember, but you get used to it. To live your best life, you should aim to live one that is as healthy as possible. Your brain will recover best when you eat a nutritious diet, get plenty of rest and drink plenty of water. In an ideal world, you should stay completely away from alcohol, junk food or caffeine, but if you’re anything like me you won’t listen to that! So limit yourself to two drinks on a night, don’t drink coffee after 11 am and only eat junk food once a week and you’ll do alright!

It used to really annoy me when someone would say that you can do anything that you want to do because that’s not true, but you will be surprised at what you can do, you just have to do it a little differently now. The only thing that will stop you improving is if you give up! Try to change your attitude, stop saying I can’t and start saying I can!