Combat sports - Is the risk of a brain injury worth the financial gain? 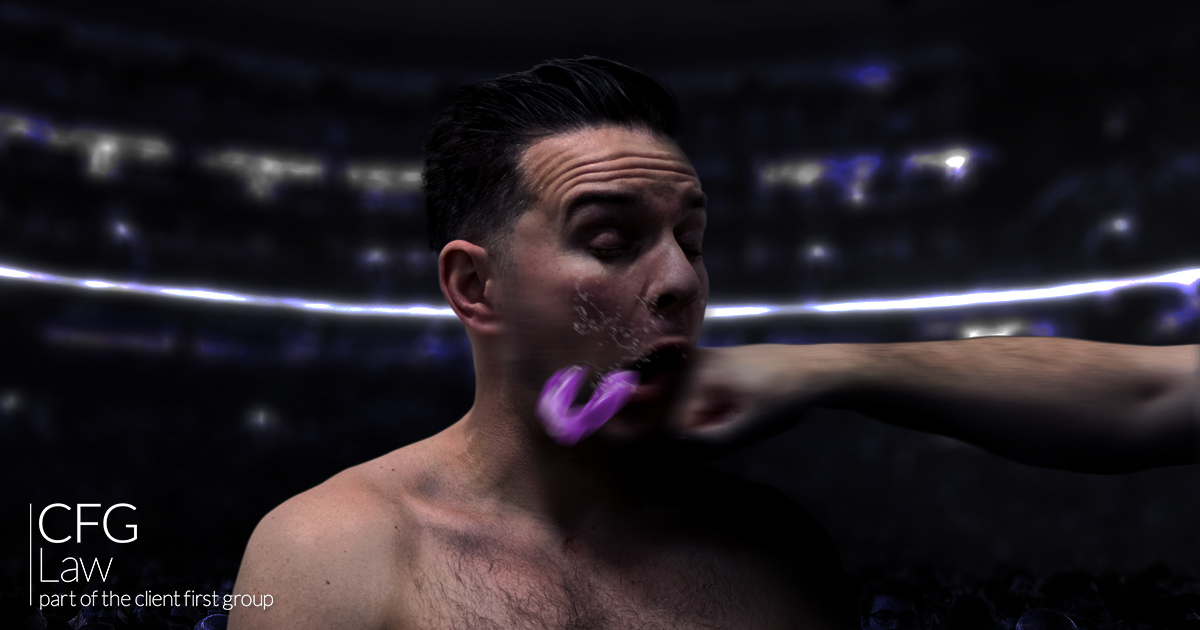 The UFC has been getting steadily more and more popular in recent years. It's understandably more popular with boys, but with the relatively recent addition of women to the sport, this has opened up opportunities to both sexes. The rise of its biggest stars, Conor McGregor and Rhonda Rousey, came conveniently at a time when the dominant sport of boxing, particularly heavyweight boxing, had been lacking in big personalities for so long. A lifetime of hard work involved in heavy training sessions in a gym are unseen on 10-second news clips and YouTube videos. Young boys are taught the lesson that the way to make $100 million is not to become educated but to become strong and knock a lot of people out in the cage. Now, with personalities such as Deontay Wilder and Anthony Joshua in the ranks, boxing is seeing a real resurgence in popularity.

Mixed Martial Arts and boxing are entertainment often watched with a few beers as part of a night out; it goes with the territory, and there are few people that watch for the defensive skill of a fighter that results in a points win. What they want to see is a knockout, ideally via a head kick or a massive punch before they finish their pint and move on, likely forgetting the fighters name before they reach the next pub. That is not what I, or in fact, anybody who has had a traumatic brain injury sees; we see the start of a horrific ordeal that will last possibly for years.

An early ‘boxing baddie’ came in the 1985 movie Rocky 4 in the form of Dolph Lundgren’s character Ivan Drago when he said “If he dies, he dies” between rounds in reference to Rocky. This came after having already killed Rocky’s nemesis Apollo Creed in the ring earlier in the film. A chilling similarity to this scene was seen in real life as Deontay Wilder claimed to want ‘a body on his record’. He threatened to kill Dominic Breazeale in the ring before their bout in New York in May 2019, where Wilder, of course, went on to win by first-round knockout. This unfortunately only added to his appeal. In an interview Wilder said, "This is the only sport where you can kill a man and get paid for it at the same time," and "It's legal". Whether it’s to see him knock someone out or get knocked out himself, people around the world will pay money to see a potential brain injury. People watching this over some beers, living in the current scrolling culture will talk about it for a short time before becoming distracted and carrying on with their night. Unfortunately, distraction is not an option for the injured boxer and their family as they will have to live with the consequences for the rest of their lives.

On the contrary, it has been publicised that Deontay turned to professional boxing as a way to provide a better life for his daughter Naieya Wilder who was born with the congenital disability Spina Bifida. He risks his life in the ring for his daughter; there is no doubt in my mind that he is actually a nice guy, but he has a reputation and is playing up to his villain character for commercial gain.

The scary thing to me is commercial gain. Frighteningly, money seems to overrule everything these days, coming higher in importance than the future of the earth itself. This was pointed out by the 16-year-old Swedish climate activist Greta Thunberg who said, “We are at the beginning of mass extinction. And all you can talk about is money and fairy tales of eternal economic growth.” Think what you want about Greta Thunberg, but my point is; if importance of economic growth surpasses the future of planet Earth in levels of importance, then the health of a single boxer and their family doesn’t stand much of a chance.

The reason why boxing went stale could have been due to the boring style of Wladimir Klitschko who dominated a lacklustre heavyweight division for the best part of a decade. Its resurgence has come through the high knockout percentages of boxers like Anthony Joshua and Deontay Wilder. There’s no denying that people love the excitement of a knockout.

Something that happens in seconds takes many years to recover from. I can tell you all about this because I am still in recovery from an incident that took a few seconds in 2007. In a world where attention spans are short and media companies fight for people’s attention, spectacular knockouts will always attract more attention than the resulting long slow recovery process.

Head trauma is much less likely in Mixed Martial Arts than it is in boxing. However, a kick to the head is very much celebrated. This is something that you realise the danger only in hindsight because as a young fit boxer, spending the next few years in recovery from a brain injury is the last thing you expect to happen. In reflection, it should hardly be surprising that they sustained a head injury though, as boxing is really two athletes in a ring attempting to give the other one a brain injury. Hindsight is a wonderful thing though; young boxers are far too inspired by glory and belts to give long slow recovery a second thought.

I wonder what the future is for combat sports, but just like smoking in public places, I hope that one day we will look back on it with disdain. Boxing will never be banned as it, unfortunately, generates too much money and anyway such actions will drive the sport underground where safety is non-existent. Boxing is the safest it has ever been, but deaths do still happen. After serious injury, there is plenty of time to reflect. I hope that education will change this. I hope that boxers can learn what they learn after being injured in the ring before they step in the ring in the first place.