My experience of speech therapy 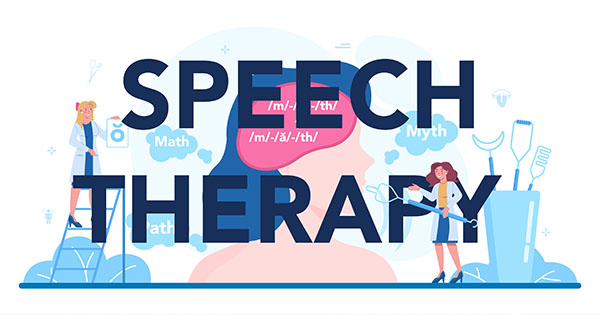 In my previous two blogs, I've talked to you about my journey of realising I needed speech therapy, understanding what speech therapy really was, my assessment, and my therapy's aims and goals.

This time, I want to share some of the exercises that my therapist put into place to help with the problems I was facing and help me achieve my goals.

Difficulties putting your thoughts into words sometimes and word-finding difficulties

"We worked at increasing spontaneous retrieval of words in my conversation, finding the right word at the right time and less of the "errrrm… errrrm"."

The aim was to reduce hesitancies and pauses in conversation, making it more fluent to benefit myself (and others).

We completed tasks with increasing difficulty on subjects that were both at home and outside in different environments so that the skills and progress I was making were not confined to the 'clinic room' (which was my flat) but were useful for use outside in the 'real world' and that everything we did 'carried over' to my day to day life. That way, I could continue to make progress on my own and not only when Lucy was there.

We worked through a hierarchy of difficulty with word-finding, from easy words to more abstract. This involved picking a subject then thinking of 5 of the following that related to that subject:

The tasks that we completed worked on reorganising how I was linking words and concepts in my brain; strengthening how my brain could make links between words and concepts making new pathways that enabled me to find them more easily when talking. (As it sounds, building pathways is pretty exhausting!).

It worked like this: I would be given a theme, i.e., BATHROOM (something I see every day, which would prompt me to think about this, thus continuing the rehab). I would then have to name five nouns (objects) that related to that theme. In this case, it's easy; 5 Nouns related to the bathroom: bath, soap, sponge, towel and toothbrush! (Not very challenging at all).

Then a little more challenging: the same but instead of Nouns, I had to name 5 Verbs (doing words or actions): scrubbing, brushing, washing, combing and cleaning.

Finally, Emotions! How on earth can you get emotional about a bathroom?! I'll give you one: 'Joy' -in this case, to get in a hot bath after a long day! Now name another 4? Can you see how this works because you really have to think hard about an emotion related to a bathroom! This really makes your brain works to think of words, making new pathways that can be used in the future to think of new words!

I had heard my voice described as quite monotone, add to that a bit of paranoia, and I came up with the theory that everybody thought I was boring. Whenever I talked to someone, I was so preoccupied with people thinking I was boring I used to look for the slightest hint of what I thought was them becoming bored with the conversation that I used to end the conversation to put them out of their misery! I became obsessed with fixing this, so Lucy told me about an exercise I would come to know as Whoops and Booms.

Whoops and Booms were something that I really enjoyed, although I can't be confident that my neighbours feel the same! It was an exercise to force more range of tone in my voice. Using the word Whoop, I would start the word as deep as I could at WH- and finish at -OP as high pitched as I could, sort of WHOOOOOOOOOOP!

We would use the word Boom to do the exact opposite, starting as high pitched as possible with the B and finishing as deep as I could at the M, sort of BOOOOOOOOM!

To improve the pitch, rather than just going from high to low or low to high, we used to stop and hold at different sections, e.g., "BOOOOom" or "booOOOOM". This enabled me to get more control over the pitch in my voice. My love for this therapy, combined with my tendency to get obsessed with things, saw me doing this a lot in my free time, all of which I used to do very loudly in my flat! (See what I mean about the neighbours!) In hindsight, I think my neighbours avoided conversation not because they thought I was boring, but I imagine they thought I was crazy; either way, I wasn't too popular!

To decrease the disability I experienced related to my communication difficulties

We also did other exercises like humming, reading poetry or any text aloud, anything for practice. This was when we started looking at body language. I used to go out with my support worker to a café for a bit of people watching, where I observed different postures and reactions to those postures. People tend to mirror others' mood; if someone is miserable with hunched shoulders, then it seems to suck all the energy and enthusiasm from whoever they're talking to.

Similarly, if they are full of smiles and energetic, then this was reflected in who they were talking to. That's the effect I would like to have on people; nobody wants to depress people, do they?

Something I believe I took from this was to be a friendlier person. An easy way to test this is when you walk into your local or any shop, be friendly, not overly friendly, don't be weird; you don't want to be that either! I started making a point of being nice to people. At first, I wanted other people to like me, but after a bit, I realised I wasn't really doing it to make others like me, but I liked myself a lot more!

Speech therapy didn't fix my speech 100%, but it made me aware of where I was going wrong and what I needed to do to improve things. Since then, I have done a lot of public speaking; without speech therapy, I would never have been able to.

I noticed something else the other day when I was helping out on some research by the University of London. I was volunteering, and speech and language students were doing speech assessments. It was various cognitive tests, similar to the assessment I did with Lucy in my early days of recovery. Back then, I found it so exhausting I would have to go to bed for an hour or two. I used to find things so exhausting that it used to depress me as I thought it would never get better. This time I found it was tiring, but a quick cup of tea later, I was ok.

Fatigue used to be the bane of my life. I was told, and I have read that it gets better, which I never believed at first, but it definitely does. With the benefit of my experience, I am pleased and proud of the times when I have used my brain and challenged myself, even though it has been difficult and uncomfortable. I am not proud of the periods of inactivity they were interspaced with.

I've been guilty in the past of putting too much effort into something cognitive and burning myself out! I think you should use your brain little and often, stopping before you're exhausted but do it regularly and consistently; brain injury recovery is definitely a marathon, not a sprint. You must first accept that you're not that same person that you were before your injury with the same stamina; little and often will do you good, just don't ever stop completely!

What has been your experience of speech therapy? Do you have exercises of your own? Why not share those in the comments section below.