Watch out for scammers after a brain injury! 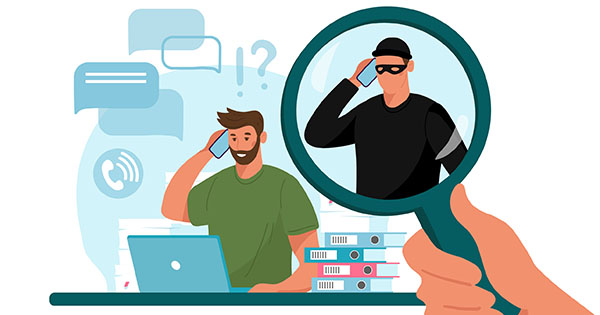 Even though I have a serious traumatic brain injury, I often feel pretty confident. There are often times that I feel fine and I am as good as I ever was. I feel like I could handle working full time and living totally independently without any assistance from anyone. Do you feel like that sometimes? I noticed that these bouts of confidence come at times when I am a combination of these four things:

When I am 1, 2, 3 and 4, I feel pretty invincible but when I am not I am really vulnerable (even if I don’t realise it or like to admit it at the time). I got scammed recently and they took several hundred pounds out of my bank, and I want to warn you about it.

A few weeks ago, I did the biggest and most difficult run of my life; 50km in the Lake District. After finishing, I was most certainly not well-rested! I was sunburnt, my knees, ankles, hips and feet hurt making me massively uncomfortable. As the race was a 100km loop, we were halfway and we hadn’t arranged transport back to the start, which was pretty stressful at the time! I tried to do it quickly to save any stress later, so was rushed! Basically, if you could have planned a time for me to be scammed then this was it!

At that moment, I received a text on my phone from Royal Mail saying they were holding my parcel and I had to pay a small charge of £2.10 and gave me the option of paying it now by clicking on a link. I have ordered things from America in the past and have had to pay a small charge for the import tax or something, so I thought it was something like that. I didn’t know what it was for but I do have a memory problem, as well as an internet shopping problem, so it didn’t cause any concern! So, in my stressed and exhausted state, on autopilot, I clicked the link and paid it to save me any stress later. If I only knew at the time exactly how much stress those actions would cause me! I then went for a beer and back to the Air B&B for a good sleep.

The next morning, I then got a message to self-isolate, which wasn’t too appreciated but I had to rest anyway so I wasn’t that bothered about it. Later that day, I got a phone call from the bank anti-fraud team. I couldn’t be bothered to speak to them, but I thought I’d better make the effort. I spoke to a very professional sounding man and I told him I had a brain injury so he didn’t bombard me with information. He was very understanding, and he said he would do everything he could to get this matter cleared up. He told me that I should be getting some texts from the bank any time now, that they have a 6 digit code on them and I should give it to them. Some text messages came through on my phone from the bank, so I just looked at them and told him the 6 digit code; after all, he was from the bank!

Later that night I was reading through the text messages, they start with ‘DO NOT SHARE. Anyone asking for it is trying to steal your money…’ I got an awful pain in my stomach. I immediately called the bank who confirmed they didn’t call earlier me earlier that day. they then told me that they didn’t know if a refund was possible as I had authorised the transaction! I didn’t authorise anything of the sort, what I authorised was a £2.10 payment.

The bank told me that the money had been paid out of my account to a cryptocurrency website the scammers were using to commit the scam. Hearing the words cryptocurrency just made me think that my money was gone! I had to contact the website, who was pretty good actually, but the money was gone. I then spent another extremely stressful morning on the phone to the bank, who thankfully eventually refunded my money. This was all done in isolation, so not the most pleasant experience. So my message to everyone is, BE CAREFUL!

If anyone calls you claiming to be from a bank, then just don’t trust them! Put the phone down and go into the bank yourself; it’s just not worth it. Also, never click on a link sent to you in a text message.

I can usually spot stuff like this so I’m so mad at myself for falling for it, but they caught me at a vulnerable time. The guy at the bank told me how they send out about ten thousand text messages and if they only get one response it is a success, which I of course read as ‘I am the one person in 10,000 who is stupid enough to fall for it!’ which didn’t do wonders for my self-esteem, but I think he was trying to be kind!

So, the advice from someone who had been scammed that didn’t think they would ever get scammed: don’t touch anything to do with banking if you are feeling tired, uncomfortable, stressed or rushed! Always check with someone else too as two heads are better than one! If you’re suspicious about it then just don’t do it!

Have you been scammed? What was your experience like, and what advice would you give to other Brain Injury Survivors?