What really happens when you wake up out of a coma 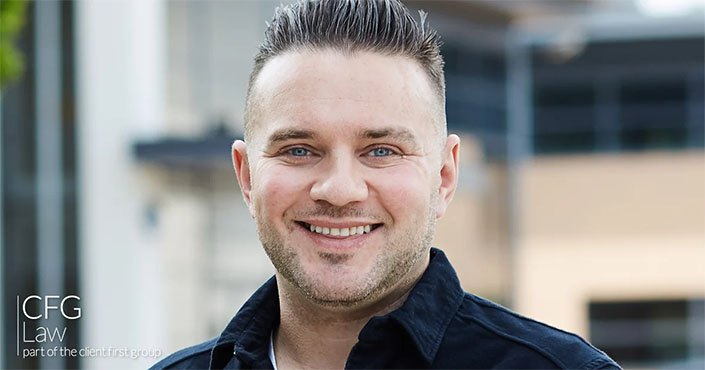 I’ve been in a coma, for 16 days! I can’t remember a thing about it but trust me I have; I’ve got hospital notes to prove it! When it comes to what it’s actually like being in a coma, then my guess is as good as anyone's! I have heard that you are supposed to be able to hear people, squeeze hands on request etc. I can’t tell you much about what it’s like being in the coma, but the aftermath I can… a bit!

I’ve seen somebody waking from a coma on TV lots of times. It’s usually depicted as somebody waking up from a massive sleep a bit confused, then looking at the calendar and becoming even more confused before continuing to act completely normal. Unsurprisingly, it doesn’t really happen like that, not in my experience anyway! The brain is an extremely complicated bit of kit that’s just taken a massive knock. You wouldn’t be surprised if you dropped a computer down the stairs and it didn’t work properly when you turned it on - the brain is the same only in an infinitely more complicated way. I insist that the writers of movie scripts have missed a trick as the reality is much more of a fascinating delve into the human mind; I went a bit mad!

You go into a state of PTA or post-traumatic amnesia, which is described as ‘a state of confusion that occurs immediately following a traumatic brain injury (TBI) in which the injured person is disoriented and unable to remember events that occur after the injury.’ Basically, for a while, during PTA, your brain doesn’t work very well at recalling and storing information or your short term memory doesn’t work properly. The length of time spent in PTA is an indication of the severity of the TBI.

For someone to be in PTA for less than 24 hours, it is categorised as a mild traumatic brain injury, moderate is 1-7 days, and severe is anything more than seven days. I was in PTA for approximately six weeks, so to have recovered to the level I have was very unlikely. I never say that I feel lucky; I went for a night out and ended up with injuries that would affect me physically and psychologically for the rest of my life. Instead, I feel monumentally thankful to everyone in the NHS as a whole for saving my life, from the paramedics from North West Ambulance Service (NWAS) to all the staff at Manchester Royal Infirmary and Salford Royal Hospital. I also need to give myself a tiny bit of credit; I’ve also been pretty determined and worked hard at my recovery. I think that you have to want to improve, if you do nothing to help yourself, then nothing will change.

As for confusion, though, I wasn’t ever confused, not a second... Well, obviously, I was confused and very much so, but I just never knew it. At the time, I was more than confident that I was fine, and it was everybody else that had the problem. It's only with the benefit of hindsight that I’m able to see how bad I actually was. It’s been very strange, and as my brain has healed over the years, I have been able to understand more and more complex things.

Have you ever watched a film once and not really understood it, watched it again and got so much more and if you watch it a third time then you wonder what you were confused about at all in the first place? It’s a bit like that; watching a film multiple times enables you to kind of lay a bit of knowledge each time like a bricklayer laying a row of bricks. After watching it a few times, you finish building a wall, or you have a full understanding. The more rehab I did, the more I used my brain, and the more time that passed, the more I was able to take on information.

The consultant prewarned my parents to expect some strange behaviour from me while in PTA. He said that although I was awake, I was still in the coma and whatever I dreamt would be very real to me, that I wouldn’t be able to tell the difference between dreams and reality. My parents didn’t know what to make of this and didn’t really believe it until it started happening virtually every morning when they came in to visit me in the ward. The condition is called post-traumatic amnesia so it may come as no surprise that I don’t remember much of this phase of my life. I do have a few memories, though; they are from the last stages of PTA when I was returning to normal.

I have this memory of walking on a tropical beach right where the water meets the sand, and my feet were just in the sea. I was having a conversation with a man ‘who looked like my dad’. He was walking quite fast, and I struggled to keep pace. I asked the guy (who looked like my dad) where he worked, he told me he worked in Azerbaijan, to which I replied, “Oh, my dad works there!”

My dad’s version: He has been off work for six weeks; it is time to go for another trip. It has been a tough decision to leave me, but I am stable now, walking, talking and on the mend, so he decides to go. He is due to fly to Azerbaijan later that day and comes to Ward C2 (the neuro recovery ward) where I am staying to say bye. I’m sat in the chair next to my bed.

I ask him where he was going, “to work” he replies,

“I work in Azerbaijan.”

My dad entered the hospital ward confident that his son was making an excellent recovery safe in the knowledge that he could go to work and he’ll be ok. He left in a right state; shocked, on his way to the airport with the new knowledge that his son didn’t know who he was (sorry dad!).

Another morning, my mum and my sister came in to find me most distressed, telling them how I had been kidnapped and held at gunpoint on a train. In fact, I can quite vividly remember the kidnap. It was on the Scarborough to York train; I was sat on a table with my captor sat opposite me. Unbeknown to everyone else in the carriage, he had a gun pointed at me under the table. I remember being scared for my life and I didn’t know what to do! I remember making wide eyes to the lady pushing the refreshment trolley in a desperate plea for help. She was the same lady that pushed the drinks trolley in the hospital, but I didn’t even think that was strange!

When they pushed me further, I revealed that my kidnapper fitted the exact description of the nurse who had sat at the end of my bed for the entire night. Someone cares for me intensely, watching me for 12 hours and I repay him by accusing him of kidnapping me, that’s gratitude for you!

A different time, mum came in the ward one morning to find me wandering about the ward with nothing on my feet, insistent that I’d left my slippers in a nightclub I’d been in all night. Upon seeing the nurse, I told him I’d left my slippers in the nightclub we were in the night before. Without batting an eyelid, he replied: “don’t worry, I’ll get them for you!” He went off and returned with my slippers. I wonder where ‘the nightclub’ was? The nursing staff in that ward were amazing, as are all NHS staff that I’ve worked with; nobody goes to work for the NHS because it is good money, they do it because they want to care for people.

There was one place I left my slippers that confused even the nurse that was unphased by my overnight clubbing session though, and that was the steak restaurant he took me to. I remember (and I still have real memories of this) the nurse took me to an open-air steak restaurant on the hospital roof. There was a field of cows on the roof, and much like you can pick a fish from a tank in a seafood restaurant, this was a steak restaurant, and you picked a cow from a field. Luckily, you didn’t see any of the process as I wouldn’t have liked that. I am very much a millennial carnivore in that bacon comes not from a pig but plastic wrapping in Sainsbury's!

Why didn’t I think this was strange? I have had difficulty with this myself, but I think this is why it’s difficult to explain this scenario to somebody with a healthy brain unaffected by trauma. My brain has recovered a lot, and like most folk, I now look at this logically. Wasn’t I suspicious that I was being kidnapped by the nurse caring for me and held at gunpoint for a reason unknown to me? Or that a domestic worker at the hospital was selling drinks on a train from Scarborough to York when she worked full time in Salford? Why didn’t I question the fact that there were a herd of cows on the roof of a hospital, if not for the hygiene reason alone then for the fact that it was plain ridiculous?

Those memories probably happened in the last week when I was coming around from PTA. I was in that state for six weeks, so who knows what happened in the previous five! I (clearly) don’t have much knowledge on neuroscience, but then most neuroscientists don’t have any experience of fake memories of fake kidnappings and cows on hospital roofs either. I guess it’s the process of the brain recovering. It’s one thing to know the theory of what is happening, but to actually experience it is something I feel quite lucky to have experienced. Much in the same way that recovering from being run over is lucky. Kind of!