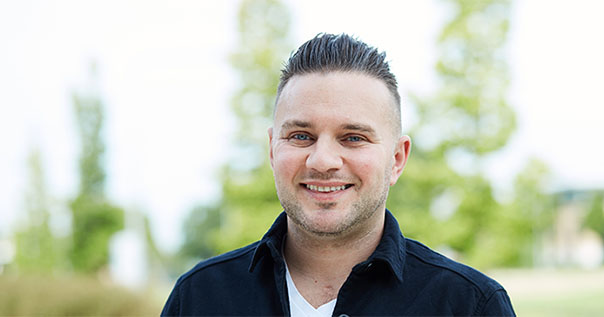 He was hit by a car whilst walking along a pavement in Manchester and sustained a fractured skull, several facial fractures, orbital roof fracture, traumatic subarachnoid haemorrhage and a crack in his C6 vertebrae. He was given a score of 3 on the Glasgow Coma Scale.

Brooke spent 16 days in a coma in Salford Royal Hospital (then called Hope Hospital). He was treated in Salford before being transferred to Trafford General to start his rehabilitation. He was discharged in October 2007, after spending a total of five and a half months in the hospital. He initially moved back to his family home in Scarborough, North Yorkshire before later moving back to Manchester.

Brooke has continued to experience difficulties following his brain injury, including fatigue and social isolation.

He became frustrated with the lack of content online and information out there for brain injury survivors. Out of frustration, and the desire to help those going through these difficult times, he began writing a blog in 2015 detailing his take and personal experiences of the more common symptoms of traumatic brain injury recovery.

You can read more about Brooke’s journey by visiting his blog - braininjurybrooke.co.uk. He also regularly posts on his Facebook Page, Brain Injury Brooke.

He has since expanded his passion for raising awareness of traumatic brain injury by speaking at many events including:

He is also a passionate fundraiser for brain injury charities including Headway and the Salford based Brain And Spinal Injury Centre (BASIC), having completed a wing walk, the Great North Run (From 2012, through to 2018) and the York Marathon in 2018.