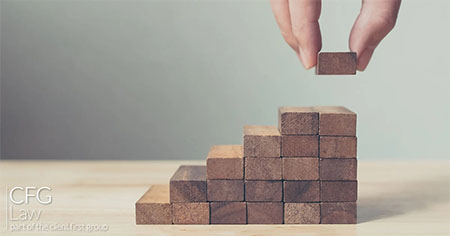 Carl sustained a head injury when he was involved in a road traffic collision as he was cycling to work. He was knocked unconscious at the time of the accident and was taken to the hospital. Routine brain scanning at the hospital did not show any damage and Carl was diagnosed with a concussion and discharged home.

Unfortunately, Carl’s injuries caused ongoing problems as he had sustained a traumatic brain injury. His ongoing symptoms included a decline in his cognitive abilities, including memory and thinking problems, change in smells and taste, headaches, nausea, fatigue, light and noise intolerance, sleep disturbance and balance problems. He also struggled with anxiety and depression.

He suffered a period of post-traumatic amnesia (PTA) for over 24 hours after the accident. Routine brain scanning at the hospital did not show any damage and Carl was diagnosed with a concussion and discharged from the hospital.

The challenges faced by Carl

After his accident, Carl continued to struggle with the extent of his brain injury, as it had not been fully recognised or properly diagnosed.

Carl was working prior to the accident but he was unable to work post-accident and struggled to manage his financial affairs. This resulted in him struggling with debt problems and facing the prospect of losing his home.

After seeing an advert on TV, Carl instructed a solicitor to deal with a personal injury claim on his behalf. However, this solicitor did not have the necessary experience to handle a brain injury claim and did not understand the reality of what Carl was going through. Carl was left feeling frustrated and at this point still had no idea that he had suffered a severe traumatic brain injury and that his symptoms were going to be long-term.

There were growing concerns about how his previous solicitor was progressing the case. These concerns included that the extent of the brain injury had not been recognised, properly diagnosed and that there was a misunderstanding of the causation of the ongoing symptoms and the effects they were having upon Carl’s life.

When Carl’s symptoms didn’t improve, he was finally referred to Headway – a charity that provides support to people and their families following a brain injury. Once at Headway, Carl was allocated a support worker who recognised he had suffered a brain injury and recommended him to contact CFG Law, due to our experience in supporting those affected by brain injuries.

Upon transfer, we immediately issued the case in the Royal Courts of Justice (RCJ), indicating what we believed was the true value and complexity of the case. This involved putting together the right team around the client to investigate and build Carl’s case to ensure the best possible outcome could be achieved.

To support Carl’s rehabilitation, we helped put together a care package, which included introducing personal assistants to his home to help with every day living and arranging input and rehabilitation from an occupational therapist, neuro physiotherapy, vestibular rehabilitation and neuropsychology.

CFG Law also provided help with debt management, including helping to defend the possession proceedings looking to take away Carl’s home. We also assisted and supported him with other areas including paying bills, technology support and heating problems in his home.

Because of our Rehabilitation and Support policy, we worked closely with Carl’s case manager, to identify his immediate needs and provide immediate funding for care.

Due to CFG Law’s input, the estimated value of this case increased significantly due to our steering of the case to help identify the full extent of Carl’s brain injury.

However, more importantly, is the effect that our input will have on Carl for the rest of his life. We helped build the case to identify and support the claims he needed for the future cost of a lifelong care package, rehabilitation and support.

Changing lawyers was a milestone for Carl. Not only was he able to finally get the correct diagnosis for his brain injury, but he was also able to get the treatment and support he needed to help with his recovery. Dealing with solicitors who truly understood what he was going through helped him to come to terms with his injuries and access the help he needed. His only regret is that this could have happened two years earlier if he had the right kind of support and legal advice in place sooner.