Psychological support for 12 clients after the Didcot power station collapse - £1.25 million in compensation

The Didcot power station collapsed on the 23rd February 2016, killing four men and causing injuries to over 50 more. CFG Law represented twelve men who were working in or around the boiler house when it suddenly collapsed. The negligence of the employer for failing to take appropriate health and safety measures may be the reason for the collapse. 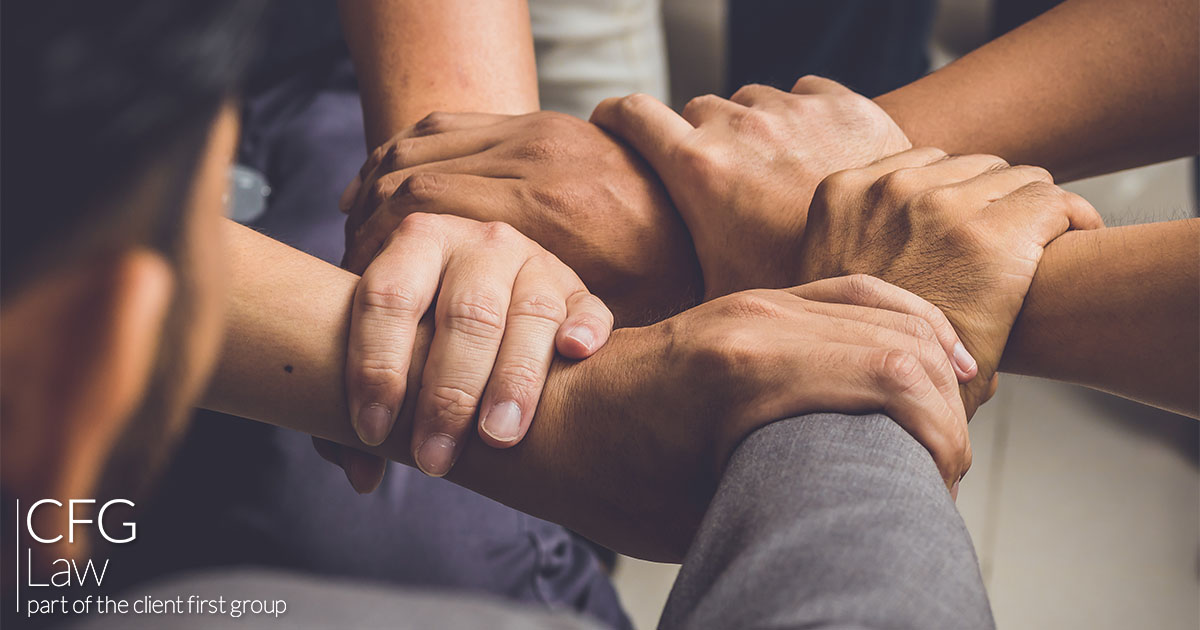 The challenges faced by our clients

All of our clients were directly impacted by the death of their colleagues and friends on the site. It took almost six months for the bodies to be recovered and the majority of our clients returned to the site the day after the collapse to help look for their missing friends. This had a serious impact on many of them and their ability to deal with their symptoms.

Most of them developed severe Post Traumatic Stress Disorder (PTSD) symptoms and whilst they tried to remain working in the demolition industry for some time, many found this was not sustainable given the psychological triggers this caused and had to move away from their specialised careers. Some of our clients have experienced such significant symptoms that they are unable to return to any form of work.

For many, their family dynamics changed considerably, and some reported a breakdown in their relationships and family units. One family member described her father as ‘going to work that day and never coming home; he is here, but he is not the same man’.

Because of the complexities surrounding the collapse, liability was difficult to establish. Our clients understandably wanted the correct defendant to be held accountable, but given the extensive HSE enquires undertaken and the ongoing criminal investigations, there was little documentation to assist.

One client’s daughter described her father as ‘going to work that day and never coming home; he is here, but he is not the same man.’

How CFG Law Helped with these challenges

We arranged for all of our clients to receive input from a psychiatrist, who could explain in detail what PTSD is and about the symptoms they were experiencing. This encouraged the majority of them to engage in treatment and understand how it could benefit them and their symptoms in the long run. We also arranged for Eye Movement Desensitisation and Reprocessing (EMDR) and Cognitive Behavioural Therapy to help alleviate symptoms.

For some of the clients, our Client Support Manager investigated marriage counselling, anger management and alternative social events and activities that would encourage them to socialise outside of their immediate family, where relationships had become difficult.

e have also provided some of our clients with details of relaxation and meditation apps to help with their symptoms and information relating to activities that could ease anxiety, such as paint by numbers and different puzzles.

At CFG Law, we are specialist serious injury solicitors with over 30 years’ experience and a track record of success in handling high value and complex injury claims. All members of the team share a common purpose: to help those affected by injury - together.

Our Client First Service is designed to meet the needs of the individual, whatever they may be, whenever they may arise. Our service is provided on a no win no fee basis, so there's no financial risk to you in making a claim. We also do not take any success fee or shortfalls, meaning you keep 100% of your compensation.

All of your team will, of course, be experts and specialists in serious injury but there’s much more to what we do.

Our Client First Service means that our solicitors work with fewer clients than is typical in the legal sector, ensuring they have the time to dedicate to working collaboratively with you and your family.

We work intensively and proactively on your claim, resulting in full compensation for your injuries without unnecessary delay.

Lack of funding should not get in the way of you receiving treatment and support when you need it. This is why we have an emergency fund to help plug any gaps in your support straight away.

Examples of our emergency fund in action include paying for travel expenses for your family to visit in hospital, funding additional treatment and therapy to assist your recovery and addressing any immediate financial concerns you may have.

We can also help with benefits applications and provide support with appeal processes and signposting to charities and other emergency funding.

We have Client Support Managers with expert clinical experience involved as part of your team from the start. They are able to provide well-informed guidance on available support and treatment options, helping you and your family to make the right decisions for you, as well as plugging any gaps in the information provided by your treating team.

Your Client Support Manager can also liaise with your treating team to help with discharge to suitable accommodation, including arranging and facilitating care packages and sourcing aids and equipment to improve your function and independence.

We work in collaboration with health and social care, as well as charities to ensure we all pull together to enable you to achieve your best possible outcome and lead a fulfilled life.

Sustaining a serious injury inevitably has a significant psychological, as well as a physical impact on you and your family.

We understand that it is important that all psychological and emotional factors are given as much attention as any physical injury to achieve the best outcomes.

That is why we listen carefully to you and your family to identify any possible underlying psychological barriers and emotional needs and ensure they are addressed as part of your support plan.

Find out how we helped Carl, claim the lifelong care and rehabilitation package he needed after being hit by a car and being misdiagnosed with concussion.

Psychological support for 12 clients after the Didcot power station collapse - £1.25 million in compensation

Find out how we provided care and support to twelve clients who suffered psychological injuries after the Didcot power station collapsed whilst they were working on site.

SCI client achieves his goal of returning to adrenaline sports

Find out how we helped Kevin after a spinal cord injury, to maximise his independence and return to his pre-accident sports and hobbies.

Find out how we helped Tom agree to a settlement for £6.5m within two years of instruction.