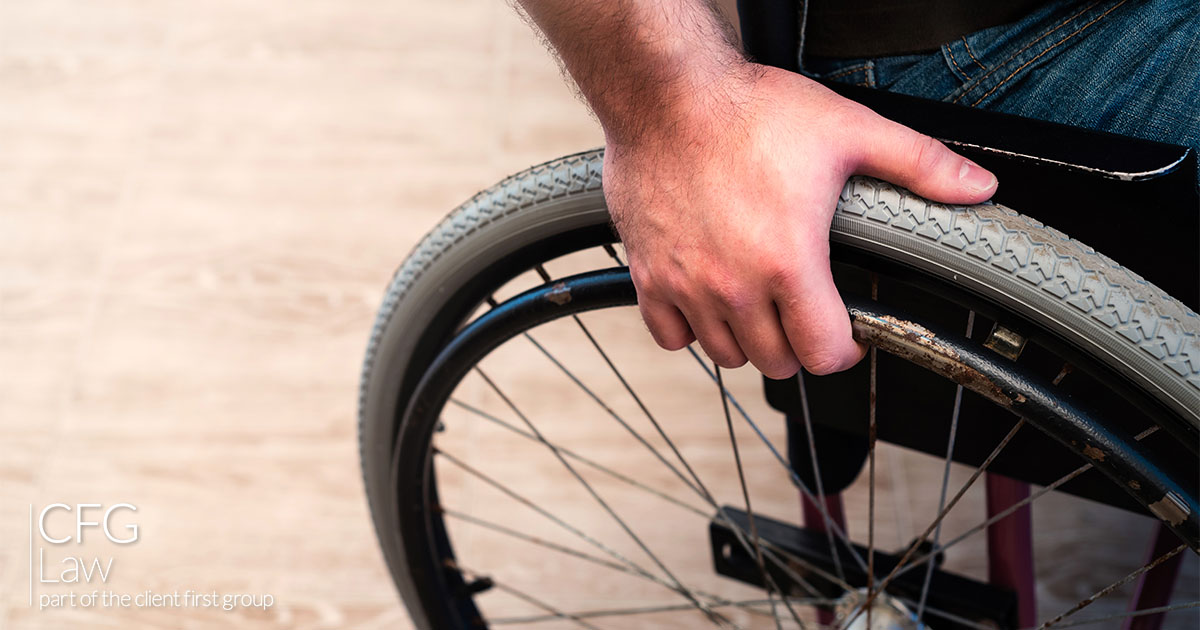 He was in an induced coma for five weeks following the accident and was transferred to a Spinal Cord Injury Centre 80 miles away from his home.

The challenges faced by Tom

When initially speaking to CFG Law, Tom was suffering from anxiety and low mood due to having no psychological support. He was also feeling isolated, and finding it difficult to keep in touch with family and friends who lived far away from where he was being treated.

Tom was struggling with movement in his arms and was recommended specialist hand therapy technology to aid his recovery. During his rehabilitation, Tom became concerned that his doctors were focusing only on treating his spinal injuries and not his suspected brain injury. He was becoming worried about his memory and concentration, which were different from before the accident. Due to the severity of his spinal cord injury, Tom felt that these issues were going to be overlooked.

Unfortunately, after being discharged from the hospital, Tom also wasn’t provided with suitable housing to continue his rehabilitation.

Having spoken to Tom to understand the difficulties he was facing, we were keen to support him in any way we could. To help Tom stay in touch with his family, we immediately paid for a mobile phone and helped him with travel expenses for his family and friends to visit him through our emergency funding.

This funding is a sum of money that CFG Law can pay out to eligible clients. It can help pay for immediate financial issues, such as travel expenses, treatment and rehabilitation. We claim this money back as part of the compensation claim.

To help Tom’s treatment, we sourced and funded the private specialist hand therapy that was recommended by the hospital.

This treatment helped Tom to improve the mobility in his arms, as he couldn’t hold cutlery or a mobile phone, amongst other problems. Crucially, we also arranged for a private Neuropsychologist to visit him on the ward. This helped Tom with the memory and concentration problems he was having due to his brain injury.

The lack of suitable housing for Tom was a huge issue after he was discharged. As there wasn’t anything available through statutory services, our Client Support Manager worked with local authorities to see what could be done. Thanks to our connections with Aspire, a prominent Spinal Cord Injury Charity, we arranged a privately rented, suitably adapted bungalow. This gave Tom a comfortable home to move into and begin his rehabilitation journey.

We also helped Tom with other financial issues and benefits advice. This included funding specialist treatment and equipment, as well as helping with debt management, which allowed Tom to focus on rebuilding his life after leaving the hospital.

Tom also received support from a specialist spinal cord injury Case Manager to help coordinate his care, treatment, therapy and equipment once he left the hospital.

The Defendant denied any responsibility for the accident, and their insurers refused to release interim funds to help pay for the treatment Tom needed. We argued against this decision and secured a substantial interim payment for Tom to attend The Royal Buckinghamshire Hospital – a leading private spinal injuries rehabilitation centre. Tom received personalised inpatient care for three months, which allowed him to increase his physical stamina and general wellbeing. This helped Tom to return to his Aspire bungalow in the best position possible to continue his rehabilitation.

Tom received personalised inpatient care for three months, which allowed him to increase his physical stamina and general wellbeing.

At the Joint Settlement Meeting, we agreed to a settlement for £6.5m within two years of instruction. Tom is also receiving independent financial advice on how to make sure all of his needs are covered for his lifetime. Tom is delighted he has the means to live the most independent life he can after his spinal injury.

Tom is now making travel plans and has promised to send us postcards from his future adventures!

“I feel so lucky to have chosen CFG to handle my case as when you have an accident you don’t know who to Trust. From day one they made me feel secure, reassured and they also kept me fully informed throughout the whole process. I know that I received first class legal advice, and they used top experts to support my case. I can’t fault their service and am thankful for everything that they did for me.”